“Without love for animals, nothing can motivate you to continue.” – Interview with Valentin Popov, owner of a farm in Zlataritsa. 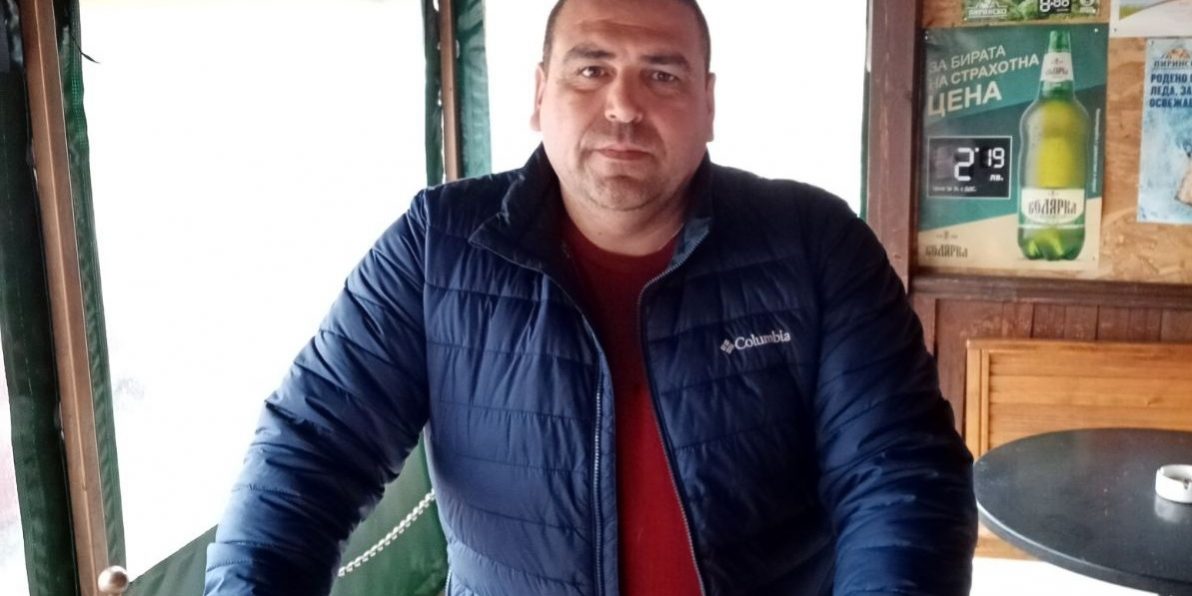 Today we go to the town of Zlataritsa, Veliko Tarnovo region, where we will meet with Valentin Popov. He owns a small cattle farm and has been a member of NARMS for three years.

Mr. Popov is another proof that you do not need to be a hereditary breeder to be a farmer, and his history is like a textbook on the history of the Bulgarian “transition” in animal husbandry.

He himself now tells us about his path – thorny or cloudless.

– Hello and thank you for accepting our invitation to tell us about yourself and the farm! Introduce yourself with some words.

– My name is Valentin Popov and I am from the town of Zlataritsa. I am 45 years old and I have been involved in animal husbandry for over 20 years. I started with a brown female calf that became a cow. I bought another one, then another one, and so I gradually made a herd.

– What have you been doing before?

– I am a former athlete – wrestler. I was part of CSKA’s school. I also practiced sambo and judo.

– A very unexpected decision – from the struggle to animal husbandry. What influenced this decision?

– Those were the most difficult years of the transition. The groups – VIS, PEC, etc. they were gaining strength and most of the athletes set out on this path from which there is no going back. I did not want to get involved and decided to return to my homeland. To this day, I am involved in sports. I am a wrestling coach at the local club in Zlataritsa. I am the head of the BSP in the town of Zlataritsa. In general, I do a lot of things and they are completely different.

– Let’s talk about the farm. How many animals do you keep at the moment and what kind?

– There are currently about 40 dairy cows, half of which are Simmental. The others are crosses of the brown and black-colored breed.

– Why did you choose to breed the Simmental breed?

– Experience and practice over the years have led me to the breed. Every breeder strives to raise better quality animals. Simmental, in the first place is a breed with a dual purpose – for milk and meat, which gives me more choice. The animals themselves carry value both financially and in terms of quality. They are healthy, beautiful and with very good production. Unlike black-and-white animals, Simmental is guaranteed to return the investment I made in them. Even if something happens to the animal, it remains valuable with its mass and I get a good purchase price for the meat. The calves are looking for them very much.

– Do you get a better price for Simmental milk?

– No, the dairies are not interested in the price of what milk I give them, but because of the quality my production is very preferred.

– You mentioned that you witnessed the darkest moments of the so-called transition. You yourself have given up being a part of it. Did you finish it successfully, in your opinion, already from the position of a breeder? Did things become clean and clear for the farmers?

– No, nothing has changed in 30 years. No change! From the time I started, the price of milk has remained the same. If they do not give this subsidy, no one will look after animals. There will be no animal husbandry in Bulgaria. Many colleagues are tricked into doing business just because of the subsidy.

And to survive, you have to love animals. Without love for them, nothing can motivate you to continue. That’s why many of the new farms survive for only a few years.

– What do you attribute the lack of development for so many years?

– We do not have a state – it’s simple! The dairies are left to impose their rules, to negotiate and put us in front of a fait accompli!

I have told many people – I do not want a subsidy and I will not need it if there is a normal purchase price for milk based on its qualities. Thus, everyone will strive to produce quality milk, not just have pieces. Subsidies have provided many people with the opportunity to be on a feeder. They keep their numbers and take their money. They are not interested in animals or production.

– Do they check you often?

– Very often, they do not miss us.

– How many people take care of the farm and what technology have you chosen?

– Me, the father of my wife and a boy with special needs, which I have taken under my wing for about 10 years.

We milk the animals, we watch them tied up.

– Isn’t it very exhausting? Have you thought about a central milk line?

– I no longer want to get involved with loans and institutions. At the time, I took out a loan to make the farm, but it’s a lot of stress. I bleed, I couldn’t sleep – I don’t want to go through that again. We will manage as best we can. Everything reflects on the family and I don’t want to cause it to them anymore.

– Do the children help? Are they interested in the farm?

– No, none! I have a son who is 18 years old. He has completely different interests – foreign languages ​​and computers. I support it and I want a better future.

– If you go back 20 years now, will you start raising livestock again?

– No, never for nothing in the world! I continue only because I have created a base, I have invested so much effort, nerves and resources and in these years there is no time to give up and go another way.

– After all, are you planning to renovate something on the farm?

– No. Let me tell you, I do not want to invest at all at the moment, because there is no return. The other day they called me again that the price of milk would fall by 5 stotinki. In this situation, no investment is justified. It is very demotivating! Everything has become more expensive during these years since I have been dealing with animals. When I started the milk was 45-50 stotinki, it reached 60. At the moment the price is more or less the same, and cheese and yellow cheese, for example, have doubled in price since then.

– Has Bulgaria ended its period of a underground state? Do you see hope for change?

– No, everything is the same and I do not believe it will work out. Whatever you want to do, whatever problem you have, if you don’t have a “person” you go “to the cinema”!

– What would you advise those who are just following in your footsteps?

– Be very careful where they step! First to try, to try, to be informed and then to take seriously. To look well at the contracts with the dairies. If they are already engaged, prepare with strong nerves, for a lot of work and any difficulties! I wish them success and perseverance!

– And what will you wish to the other colleagues from NARMS?

– To be alive and healthy and not to stop dreaming!