“When the animals are well and I’m fine!” – an interview with Gosho Radev, owner of a farm in the village of Dobri Dyal. 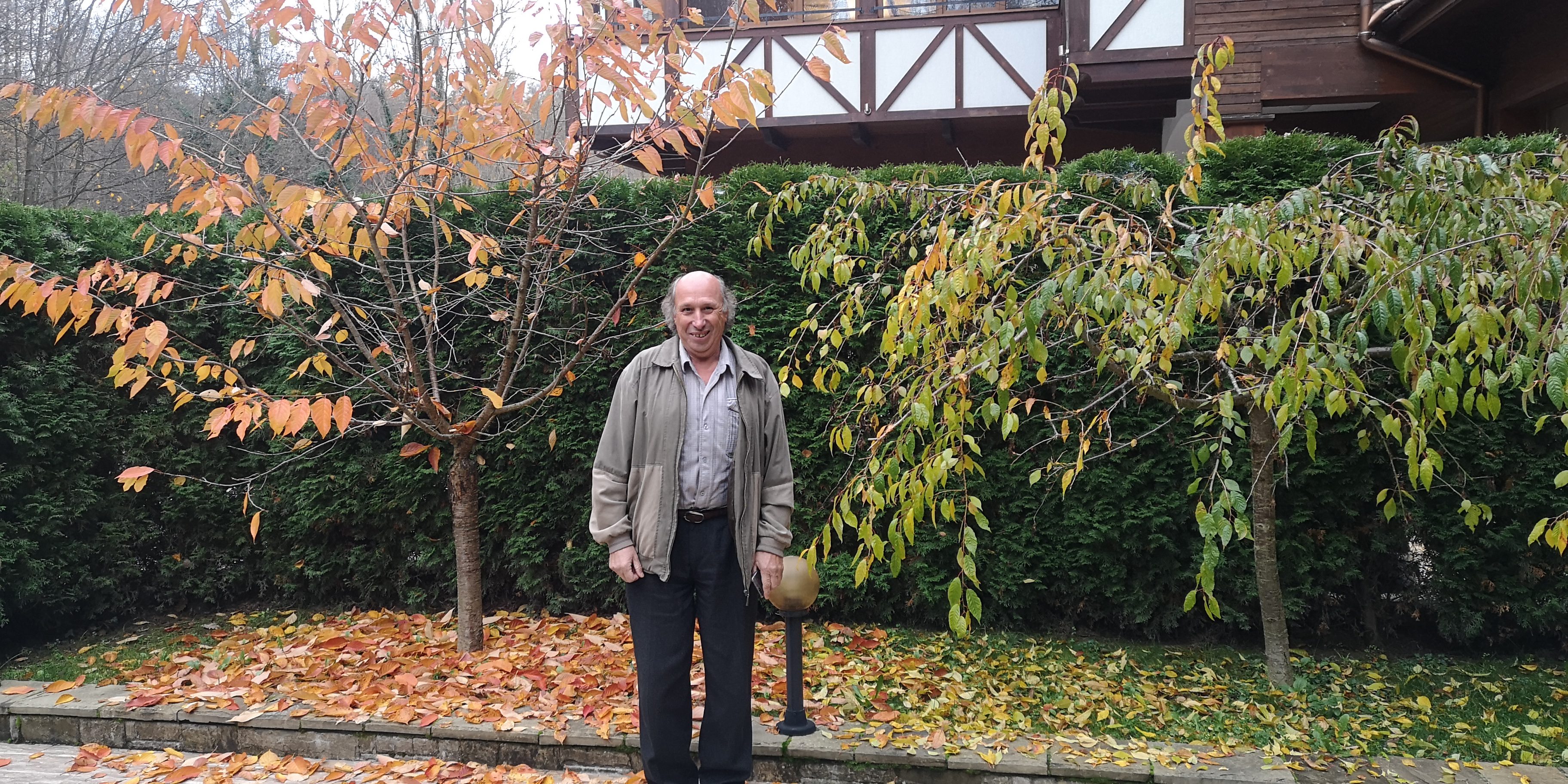 We met with Mr. Gosho Radev and talked during the coffee break of the meeting in Bozhentsi. He is a hereditary cattle breeder who takes care of a cattle and sheep farm in the village of Dobri Dyal, Veliko Tarnovo region. He told us about his journey from an inseminator in the former cooperative farm to the owner of a cattle farm.

– Hello, introduce yourself in a few words?

– My name is Gosho Yordanov Radev and I am from the village of Dobri Dyal, district Veliko Tarnovo. I am 65 years old and have been involved in animal husbandry since I was a child. My parents worked in the former cooperative farm and raised animals – sheep and cattle. This, of course, affected my path in life. I inherited the love for animals from them.

In the interest of truth, my greatest passion is sheep, but for a number of reasons a year ago I had to significantly reduce their number. With them, manual labor is much more, and workers, as you know, are very difficult to find. This forced me to make such a difficult decision for me, and in the end the number of sheep has decreased significantly at the moment. At the moment I have 300 copper-red Shumen sheep, 35 cows Bulgarian gray cattle and 25 cows Montbeliard and Simmental.

– When did you build your first own farm?

– From the very beginning of democracy. In 1992 I bought a barn from the former cooperative farm, then another and now I have 2 barns. I also bought land around the stables, which I use for animal walking and grazing.

– How many cows did you start with in the beginning?

– I started with 16 cows. They were black-and-white animals. I had a few of my own from a cooperative farm, where I worked as an inseminator until now, and I bought the rest from other farms.

During communism I had quit my job and raised goats, but this was not allowed then and I went to the Balkans to look after them. I stayed there for almost 2 years.

– Did you keep them secretly?

– It couldn’t be a secret, but I wasn’t teased there.

– When did you switch to Montbeliard and Simmental breeds?

– During the first protests of breeders in 2009, the reason was the chairman of the association, with whom we met at them. At that time he still had his own farm and raised these breeds. Invite me to your farm. I saw the animals and I liked them very much. So I started buying from these breeds and gradually increased their number.

– So the protests still led to something good?

– In this regard, yes. In addition to quality milk, the realization of calves of these breeds is much better. Not so with black-and-white. They do lead by a small amount, but in terms of fat and protein they can’t be compared at all. At that time we did not keep animals very well. We learned in the feeding and breeding movement.

– In that case, please share which mistake from the old practices you would never repeat?

– After visiting various farms and forums in Bulgaria and abroad, it turned out that the tied breeding, which we then used en masse, has a bad effect on the animals, especially if their number is higher. It also requires a lot of work to take care of them.

In free-range care, attention must be paid to the proper separation of groups of animals.

– Let’s talk about your farm now. What cultivation technology do you choose at the moment?

– Free-boxing. We built a milking parlor, which I have not yet put into operation. It’s a herringbone.

– I guess you can’t wait for the hall to work. Efforts will be significantly reduced. Tell us what you have changed in nutrition over the years.

– At the time we did not realize the importance of nutrition and rations were very scarce. Now I pay special attention to the balanced ration and the quality of the roughage, especially the alfalfa, which I produce myself.

– You said you worked as an inseminator. Do you still inseminate the animals yourself?

– Yes of course. I also have a very good veterinarian who helps a lot. A young man with enthusiasm and since I am the only larger farm within his reach, he pays special attention to us. I am very pleased with him.

– And do you still have the same enthusiasm?

– Still yes, but the years go by and of course it affects.

– Do you have anyone to leave what you have built and all the work done?

– Unfortunately no. My sister only came to help some time ago, but her health condition no longer allows.

– Are you planning any renovation of the farm in the near future other than the milking parlor?

– This week we will buy a mixer, and 2 years ago I bought a Bobcat with which I clean. It’s all a matter of money, and in animal husbandry they are still not enough. It is almost impossible to return the investment made, but when the animals are well and I am well!

Livestock is like a contagion. Years ago I fasted a seminar in Sofia. There were lecturers from the United States. One told us that farmers in the United States went bankrupt up to three times. When we asked him why he answered that one life is enough for that!He told us how they set up farms, went bankrupt, returned to the city to make money, and then went back to the farm, and so on while they were alive. There is dying, there is no giving up. It is the same with us here.- Is it easy to be a breeder in Bulgaria?

– No, not at all, but if you join the dance there is no way. Is there a love for animals and a desire to always find some way to move forward. Money is not a factor in this. If you look at them by force, you are doomed to failure – the animals feel and know it. Everything affects them.

– You were not engaged in anything other than animal husbandry. If you went back in time, would you make the same decision again?

– Yes, I will do it again. I can’t and don’t want anything else. If I’m 30 now, I’ll take more sheep to watch. They make more profit with less cost. But we need people, and I can’t do it alone anymore. It is good that at least the milk prices have stabilized, because before it was normal for them to fall by 30 stotinki and the bill did not come out at all!

– Do you have a good cooperation with the Association?

– I have been a member for a long time. I had excluded myself for a period of time because I had reduced the number of animals and I did not have 20, but now I am in NARMS again. Well, what can I say, I’m happy. It works properly and things develop.- How do you see yourself in 5 years?

– I am already 70 years old and if I am alive I will have to stop the activity.

– What will you wish to your colleagues in the end?

– To be strong and persistent – the rest will only be fine!

– Thank you and see you soon!