The farm in the village of Veselets – a modern farm with next level technical equipment. 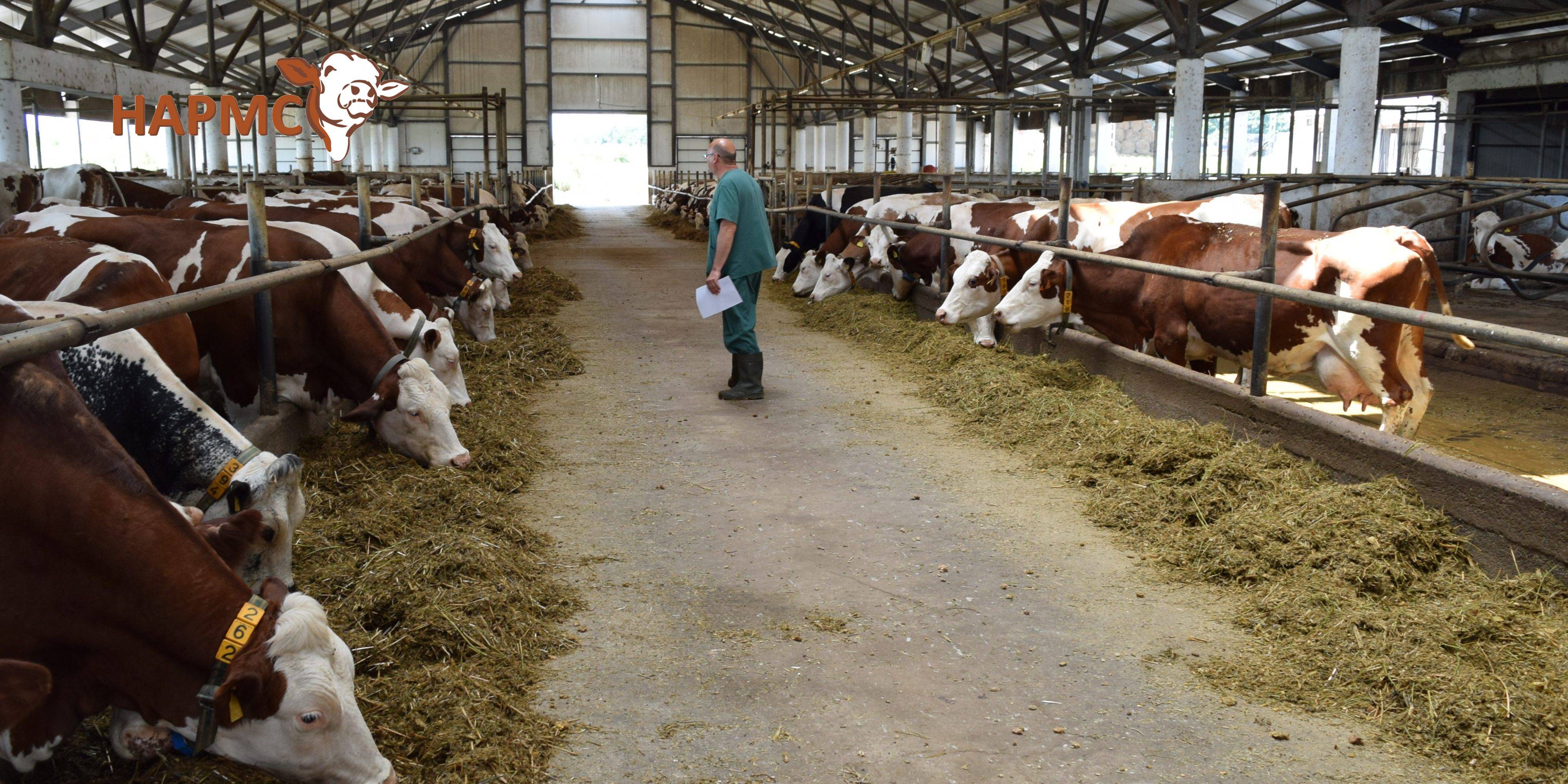 Today we are on the farm in the village of Veselets, Razgrad region and we will talk with Dr. Georgi Draganov about the herd and the breeding technology. He is a specialist with over 30 years of experience in the field of veterinary medicine. Since 2010 he has been taking care of the animals in the modern and technically equipped farm.

It has a rich history and is located in the western part of the Danube hillside of Ludogorie. Nearby is the notorious fortress “Buyuk Kale”, which is said to be probably destroyed in 1388 -1389, the medieval town of Krapets – one of the fortified centers of Tsar Ivan Shishman.

The region is with extremely fertile land with highly developed agriculture. Unfortunately, there are no pastures in the area.

If you are lucky and have the opportunity to visit the farm in the village of Veselets, you will certainly agree with us. It impresses with its technical base built to all high standards and its first-class animals. The farm was established in 1995 as the then partners and owners bought 16 Holstein animals left over from the recently closed cooperative. Gradually the economy developed and in 1999 some of the partners left the company. In 2004 they bought a stable in the old farmyard in the village and in a few years the dairy cows plus the heifers reached 100 heads.

Currently, the manager and co-owner is Temelko Temelkov, who is a teacher of mathematics and physics by profession. The majority owner since 2007 is Mr. Ivan Petrov, who is also the basis of the financial boom and the new modern base. It was built in 2009 on the green on the outskirts of the village in compliance with the provision for remoteness.

The first Montbeliard on the farm

In 2008, 200 purebred Montbeliard heifers from France were imported under the SAPARD program for the purchase of elite animals and equipment. Over the next two years, they imported another 200 animals, which were bought with their own funds. At present, the herd of Montbeliard in this modern farm numbers over 770 heads, with a tendency to reach 1000.

Coarse fodder is produced on over 10,000 decares, half of which are own. The farm is extremely modern and equipped with the necessary equipment, which allows all animals to be cared for by only 13 people. The farm has a full range of machines for normal production process – combines, tractors, telescopic loaders, mowers, forage harvesters, round balers and all kinds of attachments.

The animals are provided with first-class conditions for optimal health and high productivity. They are grown all year round free-stall with one ration per day. The stables for dairy cows are two with a capacity for 400 animals, which are divided into four groups. The milking parlor is 2 x 12, herringbone type. Currently, the daily milk yield is between 6 and 6.5 tons, which are obtained from about 350 dairy animals. Most of the production is processed in our own dairy with a recognizable brand on the market – “Lesidren”.

Dr. Draganov tells us about the breed, which was created on the border of France and Switzerland and is named after the French city of Montbeliard. He highly appreciates the qualities of the obtained milk, telling us that the low number of somatic cells is extremely important for the production of quality cow’s cheese.

From his experience he defines animals as calm, healthy and resistant to mastitis. They are also long-lived, with over 30% of the cows on the farm reaching the fifth lactation. They are not capricious, they make full use of roughage, and the teenagers gain weight quickly.

Another advantage of the breed that he points out is the high fertility during artificial insemination. He explains the very good reproduction with the construction of the body and the wide pelvis. He tells us that calving very rarely requires additional maternity care, and recovery is extremely easy. He believes that there is no basis for comparison with the black-and-white cattle, which Montbeliard surpasses in every respect.

Insemination on the farm is entirely artificial with elite bulls and according to the random plan. Dr. Draganov defines the investment in genetics as the most profitable in any animal husbandry.

The only problem that animals encounter in adapting to this secured farm is hoof diseases, as the breed is relatively heavy and designed for grazing, and the technology of breeding on the farm is free-stall barn. This requires preventive trimming of the hooves during drying and 2-3 lactation months, as well as weekly passage through hoof baths, which disinfect and tighten the hooves.

We are grateful to Dr. Draganov for the time and interesting experience he shared with us. We leave the farm with a smile and timidly hope that such high-tech and well-maintained farms, with healthy and properly bred animals, will one day not be units as they are now, but hundreds – in all regions of our country!