The 15th edition of the National Livestock Exhibition near to Sliven was held according to plan!

You are here:
EVENTSLATEST NEWSNEWS 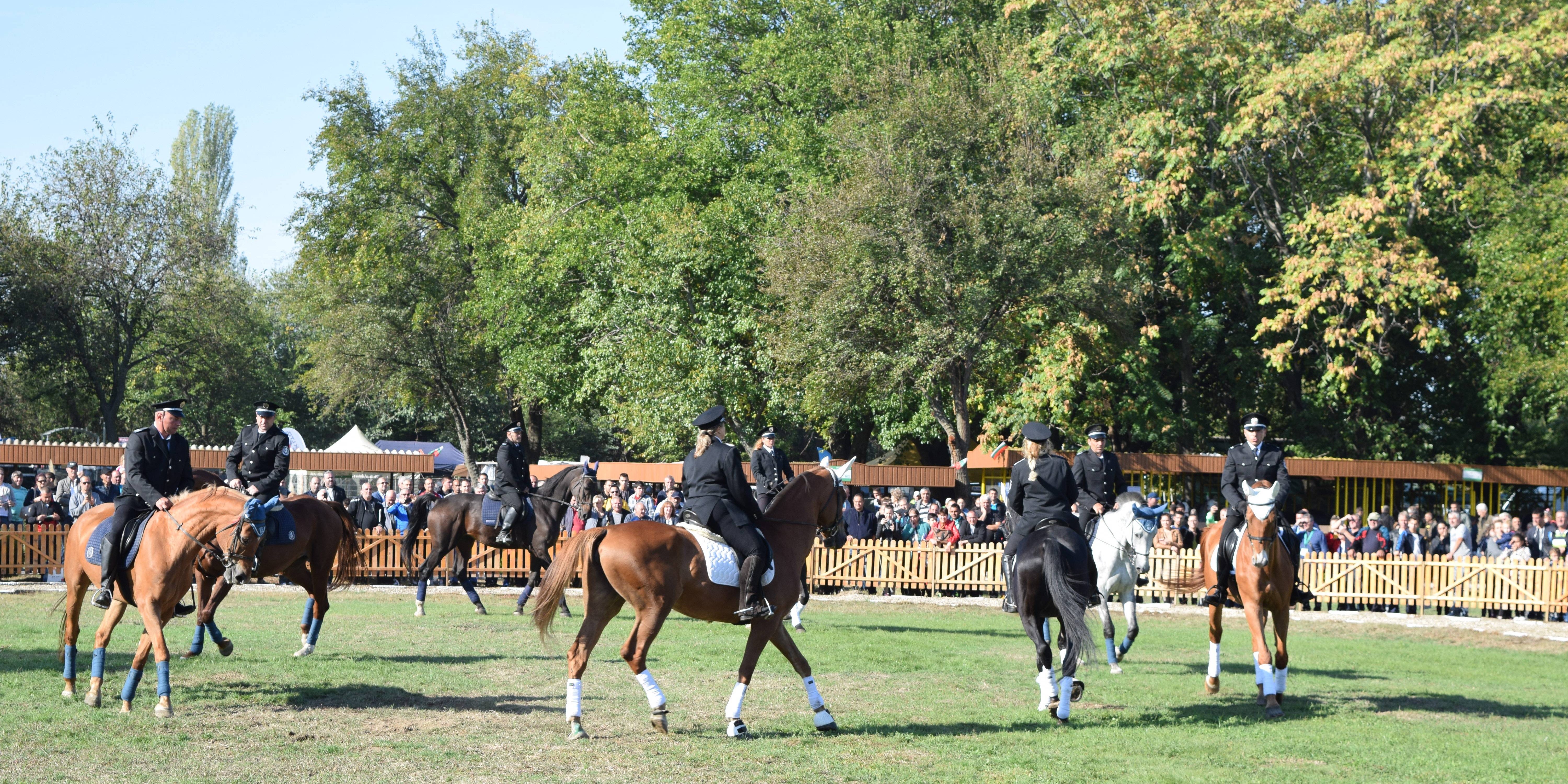 The story of an ordinary witness…

For the 15th time, on October 11 and 12, 2019 was held  the largest event for animal husbandry in Bulgaria – the National Livestock Exhibition near Sliven.

The pre-announced program was implemented and visitors had the opportunity to enjoy both entertainment for young and old and high-ranking guests in unison with the title of this year’s event – “Elite Meeting”.

On the first day of the exhibition there was a demonstration of dogs, a visit to the exhibition center by students, and experts from the Executive Agency of Selection and Reproduction  inspected the presented animals and determined the winners by breed.

On the next day – Saturday, an hour late, the Minister of Agriculture Desislava Taneva officially opened the event with optimistic messages, a report on the job well done and told in details when the payments of subsidies under the various schemes will begin. The deadlines for their payment were not mentioned.

The horse police made a spectacular synchronous demonstration, which delighted the spectators. The host was Ruslan Maynov, who cheered the guests between the official speeches of the high-ranked guests and with whom he eagerly waited to be photographed by his numerous admirers. Animal demonstrations and folklore performances followed. The winners of a drawing competition, a master butcher competition, etc. were awarded.

However, all the listed entertainments and attractions faded before the presence of the Prime Minister of Bulgaria Mr. Boyko Borisov, which was subsequently the most commented by the local journalists news in connection with the Livestock Exhibition. Unfortunately, Mr. Borissov did not give a speech that everyone was looking forward to, but he gave a series of interviews and told what are the topics that people were most excited about:

“Apart from the development of animal husbandry, people were also interested in the measures we are taking to limit possible migratory pressure. To date, I confirm that we have a clear agreement with President Erdogan on the basis of the agreement and that the Turkish authorities strictly abide by it. We have zero migratory pressure. Diplomacy, the agreement and good neighborly relations with Turkey are the most important “, said the Prime Minister according to NOVINI.BG

In this way, the event acquired not only a branch, but also a geopolitical character, which further proved the meaning of holding such events! 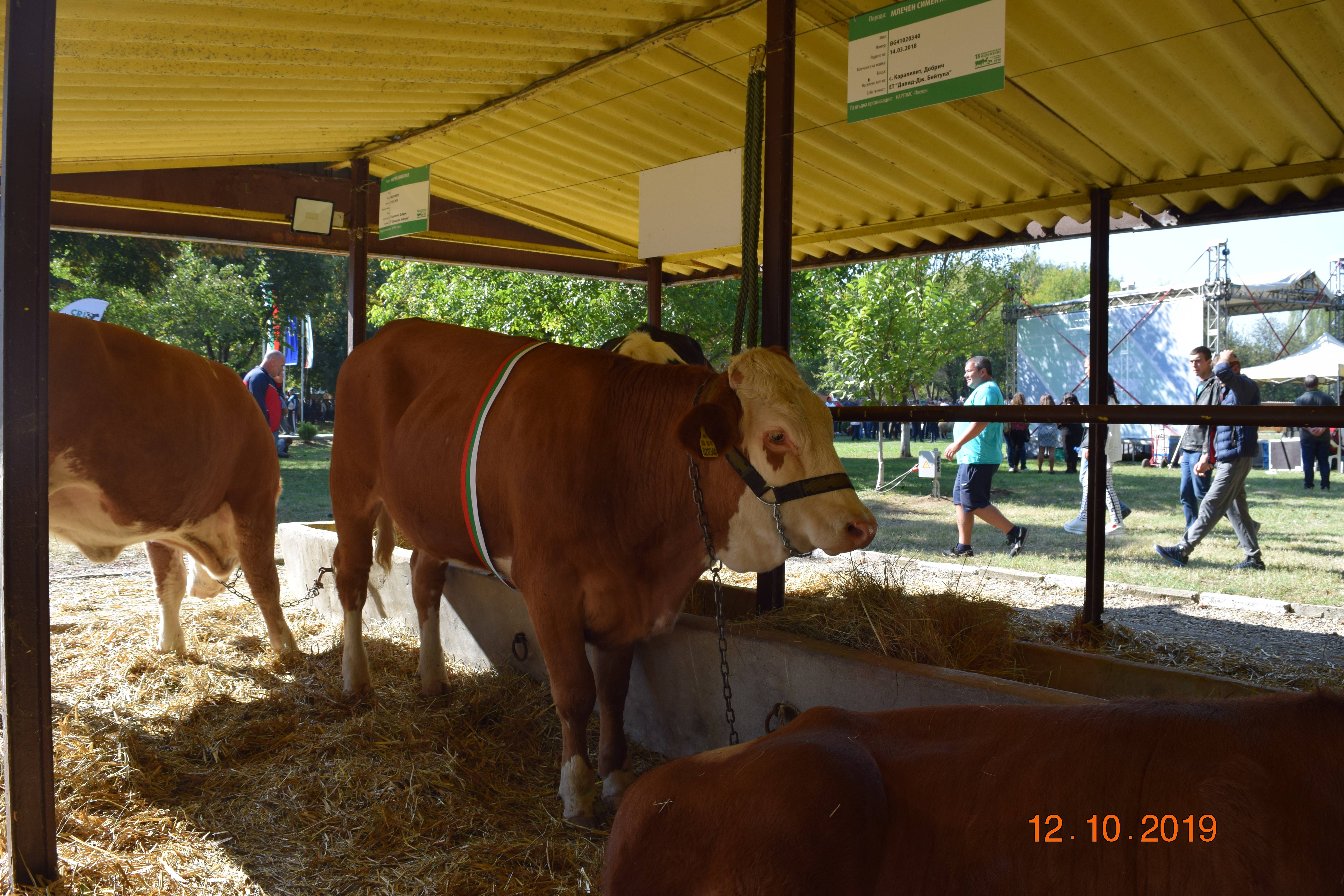 We welcome the decision of the organizers to continue to comply with the date of the exhibition with the important events of the Bulgarian political calendar – last year it was in May, due to the Bulgarian Presidency of the Council of the European Union, and this year just before the upcoming local elections! This shows a position and further emphasizes the public’s attention to the priority social and political topics!

In addition to the impressive livestock market, which provided an opportunity to buy both canaries and shepherd dogs, visitors had the opportunity to see more than 600 animals of different breeds, with sheep and goat breeders with 430 animals of 39 breeds. Cattle breeders reported 150 animals of dairy, meat and indigenous breeds.

The forum was attended, at the invitation of NARMS, from guests from Austria – Mr. Mato Janic – Export Manager at AustriaGenetik and Dr. Martin Meyer – a representative of Simmental breeders. The event was especially interesting for them, because in Western countries such events, in addition to presenting the achievements to visitors, have a strong practical focus and aim to exchange valuable experience in the sector between farmers, professionals and commercial companies offering innovations useful for the industry. . The concept of the Bulgarian exhibition was completely different – a combination of entertainment, elite presence and a farmers market. We hope that our guests will take an example and bring a touch of Bulgarian experience in organizing their next international forum!

We decided to take a tour to experience the experience of the average visitor, which made us fondly remember the autumn fairs, which are traditionally held in our home villages and towns – stalls, seeds, cotton candy, cats, dogs, snakes, ducks, peacocks, yurds and endless queues for kebabs and meatballs / with dubious origin of the raw material / to the sounds of cheerful noise and children’s laughter! Unfortunately, there was no Ferris wheel and shooting range, but the demonstration arena was more in line with the high livestock forum!

We admire the organizers for the cheerful atmosphere and all the entertainment they had kindly prepared! We wish in the next editions to have a little more business-oriented meetings and events to help and motivate farmers to develop, to improve their technological base profitably and to communicate more with each other and with foreign guests to share valuable experience and practice. .