Interview with Vasil Nikolov – owner of the “Zemeneya” farm in Zemen. 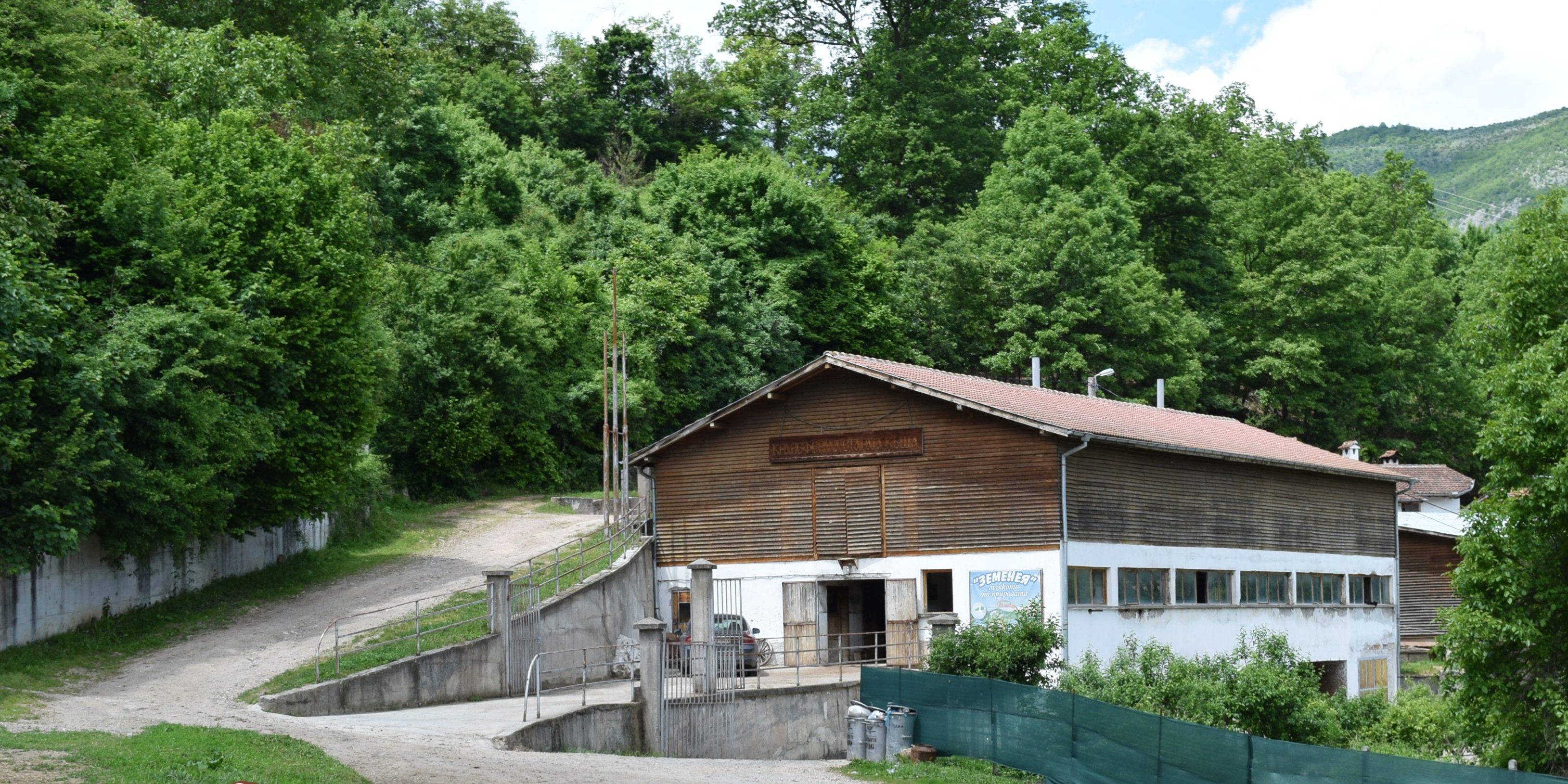 We continue to introduce you our members and today we are in the farm “Zemeneya”, owned by “Vamid 2002” Ltd. in the village of Zemen.

The farm is located in the western part of a small valley near to the village of Zemen and Struma River, on the eastern hillside of Risha Mountain. The beautiful relief of the region is ecologically clean and extremely suitable for the development of organic farming and animal husbandry as well as for the production of organic products.
The founder and owner is Mr. Vasil Nikolov is a breeder with a very long experience.
The first Simmentals in the farm were bought in 2005 by Vidin. In 2009 he became a member of NARMS, founded the year before, and since then he has been using Montbeliard seed to increase the milk yield of the herd. The herd now numbers more than 50 heads, most of them purebred Montbeliard, resulting from the farm’s succesful crossbreeding. Vasil is proud of what he has achieved and takes us around the farm to show us the young Montbeliard cattles. He tells us, convinced by his experience, how with each succeeding generation the herd increases its productivity, and at the same time the quality of the milk produced – which is the main target of the cattle breeding. By the way, Vasil Nikolov has his own dairy, where he processes the milk from the farm and produces the famous in the country dairy products with the brand “Zemeneya”.

The technology of feeding is through a food path. The forage is entirely self-produced, while the concentrated feed is prepared according to a recipe, especially for the farm. 600 decares of alfalfa are grown, which according to Vasil is an indispensable part of the complete nutrition of the animals. The ration also uses meadow hay and corn silage, own production.
Milking is still carried out with milking pumps. The construction of a central milk pipeline is about to start, which will significantly facilitate the work of workers and will increase the hygiene of milking.
The breeding of the animals is tied, and during most of the day they are released freely in the yard, and in favorable weather conditions on the meadows near the farm.

As mentioned above, a dairy of Zemeneya was build 10 years ago, processing both milk from its own herd and from other farms in the region with proven ecologically clean raw production, such as the farms in the village of Lobosh and Osoitsa, also breeding the Montbeliard and Simmental cattles. Our kind host defines the quality of the milk of these breeds as incomparably better than that of the Holstein animals in terms of aroma, protein level and coefficient of efficiency of producing cheese and yellow cheese. He emphasizes the exceptional importance of feeding technology, defining the grazing of properly cultivated and clean pastures as a mandatory condition for quality production.

Zemeneya dairy products are an established and recognizable trademark on the Bulgarian market, which are sold mainly in shops of its own retail network, as well as in large hypermarket chains. In some of them there are special showcases for environmentally friendly products with this brand.

The cow farm and the dairy were built under the SAPARD program, but the implementation of the project was not without problems and now Vasil is passionately telling us how the purposeful SF Agriculture in the person of the then executive director Mrs. Kalina Ilieva delayed the refinancing of over one million levs by three years. , how this led to enormous difficulties and financial losses, how justice had to be restored in court and how, despite the fact that the fund was sentenced to compensate Zemenea with interest for three years, the state continued to seek compensation for ten! ?

Unfortunately, in such an absurd scenario are a large part of the Bulgarian farmers and breeders!

According to Mr. Nikolov, the distribution of support funds is not implemented adequately and they do not reach the final recipients in full, and through schemes for draining through pastures, virtual animals and other similar mechanisms, most of the funds are diverted from them. He describes the bureaucracy as crushing and tells us how there is an employee in his administration who is engaged in writing and providing absurd reports that the institutions require on a daily basis. According to him, the state has all the necessary data, but the responsible persons do not process and systematize them as they should and this makes cattle breeding very hard in Bulgaria.

When asked if he thinks that the distribution of subsidies between large and small farms is fair, he clearly gives us a negative answer. His opinion is that large farms use their positions and through lobbying texts in the regulations provide extensive and quality, and small ones are left without such, especially in the plains of the country. He emphasizes the need for special and profiled assistance to small farms with 30-50 animals, as this is a way to revive and develop the backward mountain areas.

Zemeneya is a farm that has gone through serious financial trials, but when asked how it copes with the growing crisis with finding workers, Mr. Nikolov tells us that most of its workers have more than 20 years of experience in the farm, because even in the most difficult moments, timely payment and good working conditions were a top priority for him as an employer.

Then the interesting conversation with Vasil Nikolov was transferred to the Montbeliard and Simmental Breeding Association, of which he has been a member for more than ten years. Our host thanked for the adequate attitude, help and information he received from NARMS. He told how years ago in conversations with the president about the selection in the herds he considered some things very unrealistic and imaginary, but over time he became convinced of the meaning of them and is now satisfied with the results achieved. As the main advantages of the cooperation he points out the access to seed material with high breeding value and proven origin, the assistance for better communication with other farms and producers, the administrative and specialized help.

We received extremely valuable recommendations for promoting the quality of raw milk of Simmental and Montbeliarde breeds. We heard very useful and timely ideas for creating and imposing on the market dairy products made only from the milk of Montbeliard and Simmental; for those produced from animals of proven origin in declared ecologically clean areas, etc.! He believes that the Association could be a valuable in educating the consumer in recognizing and preferring genuine organic products from certified producers. According to him, the public differentiation of quality cheeses and yellow cheeses from the huge number of goods with dubious content in the retail chains will seriously help the producer and will lead to the development of healthy eating habits in the population.

With gratitude for the frank and curious conversation, encouraged by the shared ideas and pragmatism of Vasil Nikolov, we leave the farm Zemeneya and this beautiful area, with a view that takes our breath away!