”If young people can’t play “big”, don’t get involved! Small farms are doomed only to survive! ”- an interview with Emil Ivanov, owner of a farm in the village of Sirakovo. 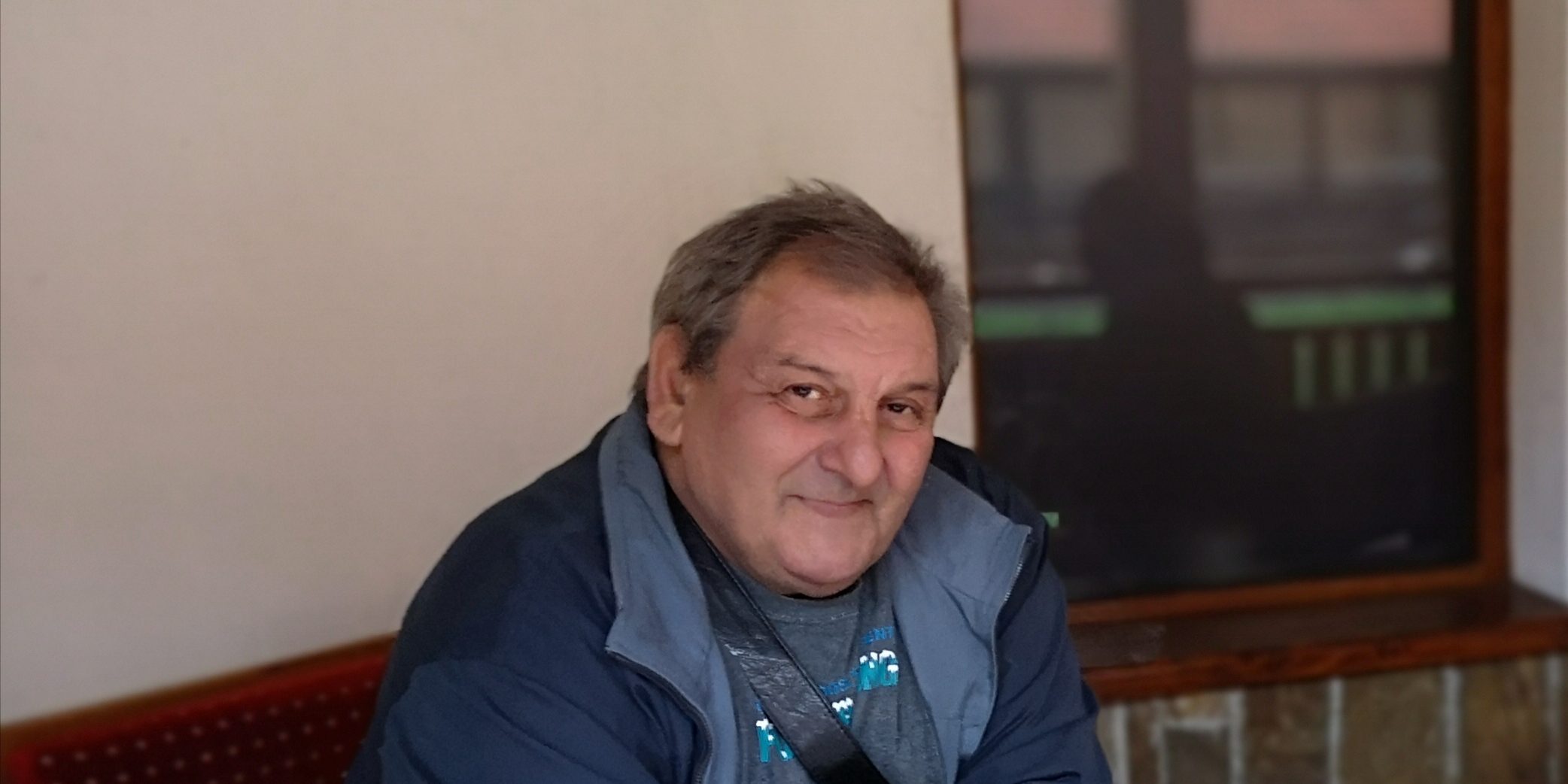 This year the reporting meeting of NARMS was held near Gabrovo, in the picturesque Bozhentsi. Compared to other years, we have been in a narrower circle due to the restrictive measures we have to live in lately. We hope that next year what is happening now will be just a bad memory and we will gather again in full force. We wish everyone, above all, to be healthy!

However, those who managed to attend, we caught “out of focus” to tell us about themselves and their path.

The first ones we did this with were among the founders of NARMS in 2007 and are among the biggest fans of the Simmental breed. These are the family of Emil and Emilia Ivanovi, who have been raising purebred Simmental in the village of Sirakovo, region for over 35 years. Vratsa.

We interrupted their coffee time for a very frank conversation, for which we thank them. They will tell you about the vicissitudes of all those who, after the collapse of the old system, with hope and faith in the bright future, have taken the path of the breeder in Bulgaria, about the shattered hopes and eternal deprivations.

– Hello, introduce yourself in a few words.

– Hello, my name is Emil Ivanov and I am 63 years old. I have been breeding the Simmental breed for 36 years and I do not recognize any other!

– How did you choose this breed? What won you over so convincingly?

– Before that I raised all kinds of breeds – black-colored, brown, crossbreeds, one or two cows for the needs of the family. However, the moment I bought the first Simmental, the experiments were over. Under socialism, it was not allowed to watch more than one cow at home. My wife and I then worked on the companies until they were destroyed.

– You started with one, and now how many are on the farm?

– What was on the site of your current farm? Did you build it from nothing?

– No, we bought an old building of the former cooperative farm, but honestly it would be easier to build it out of nowhere.

– What cultivation technology have you chosen?

– Pasture pasture. We have few pastures around the farm and the animals graze for several months of the year. We have been inseminating only artificially since 1992.

– How did the animals develop over time?

– There is not much difference, in my opinion. Our first cows were great. They reached lactation of 6-7 tons. There is some improvement over time, but in the end it all depends on the food. This year was good and we have high milk productivity. The quality of food determines everything – green fodder, silage, straw. Are not good immediately affects the milk and animal health. We do not use additional additives.

We feed the little ones only the best milk. The first days are the most important. Colostrum and then give real milk without powdered milk and substitutes. You need to be very wary of the disorder. It is very dangerous for them.

We dry them sharply, at once and if it is not necessary we do not use syringes. Only the risky ones. They are all in one barn, we have not divided them into groups. We milk them on gum.

– Isn’t it very exhausting? Do you have milkers or do you manage on your own?

– We have a milkman. It is really difficult, but if it was easy, the deputies would also watch cows. We have a boy who takes them to pasture and we are very happy with him. He is very conscientious and even if he drinks, he still looks after the animals very well. He returns them fed and keeps them very well. He puts them in the barn like elephants – they walk and groan!

– Do you get a better price for Simmental milk?

– Yes, a few pennies more than the black ones. We are satisfied with the dairy we work with, that it pays regularly.

– You have been a member of the Association since its establishment. Has it developed over time? Does it work for you?

– I am very pleased. The association has developed a lot over time and is definitely on the rise. He really does his job and supports us in every way. I am glad that when we come to these meetings every year, I see new members, unknown colleagues, who have taken on animal husbandry. I hope they do not give up and are more and more. May they be among those who are not farmers just to get a subsidy, but to really look after the animals with desire and heart! In order for an animal to repay you, you have to look at it with love and attention – as a child. Without sparing work! The subsidy cannot be the leading reason. It is a very good thing and the tied support is fair. However, the requirement for a minimum number of animals to be supported is unfair. Farms with industrial sizes of 300 and up should not receive a subsidy on the same principle. These are huge funds for a business that already has the financial resources and does not need such support, unlike small and medium-sized farms, for which every penny is crucial. The provision of land should also not be carried out on a general basis. Small farms should be a priority. But these are just dreams in Bulgaria – everything is invented for the big ones! We are on the brink of survival. The price of milk constantly varies to a minimum. It is not right for the price of the production of different breeds to be the same. Each breed has its advantages and they must be taken into account when buying products.

– Were you able to apply for additional support under any program?

– No. We have no such intention. We do not have unnecessary funds to invest in a project and we cannot afford to risk losing money. Farmers are given aid because of the drought, and we are given a de mininimis, which is not enough for anything. In the morning I watched the news that in several districts of Bulgaria the farmers are given another 20 levs per decare – a total of over 30 million. Some do not know their acres of land, only money is poured into them. In Bulgaria, the second way is always the first, obviously. There is always help for those who really don’t need it anymore.

– And did you take advantage to get something in the “second way”?

– Not never. We did not give connections or bribes. Only struggle – daily, hourly and very difficult! Permanent deprivations and permanent inspections. One year they had left us a little rest from the inspections and recently they started again – from all kinds of institutions. Whether large farms are so strictly inspected – I doubt it!

– Those who check if they have seen cows before visiting you?

– Only in the picture! One inspector was convinced that one of our heifers was a bull. He had to lift her tail to find out the truth. There are many curiosities with these people. I just don’t know where they “dig” them from!

– Since when have you not gone on vacation?

– Since we have been watching animals – for over 30 years. This is our vacation – to come to the meeting and see our colleagues.

– If you return now 35 years ago, will you start animal husbandry again?

– No! Definitely! We poured a lot of money and our whole life was spent on this farm! We didn’t see anything else, but maybe then we had no choice. Something had to be done and we decided that, but I would not make the same decision again.- Has democracy affected you well?

– Not at all. Constant struggle for survival and many deprivations. We had high hopes then, like all people. We thought that something better and different was coming, but it got much worse! We no longer believe that things in Bulgaria will get better. On the contrary, even greater trials lie ahead.

– What will you tell the young people who are now starting with animal husbandry?

– If young people can’t play “big”, don’t get involved! Small farms are doomed only to survive at the cost of a lifetime. If they do not have the heart, courage and love for animals, there is no point in getting involved. I wish them luck and perseverance! We can’t afford anything since we were farmers. Everywhere they push for money, and at home the most honestly used expression is “no money”! Many people could not survive and in order to keep their farms they lost apartments, their home – everything still failed! It is very difficult!

– Will your children, having witnessed all your difficulties and deprivations, take over the “change” after you?

– No, they were actually very deprived. We always had to save something to have for the farm and the animals. Normally they want a better life and we will support them. We will weigh our weight.

– We sincerely wish them a lot of success! And you have a lot of health and iron nerves. Hopefully, after all, something good has happened for the small farms and that you will regain the belief that your work and achievements made sense. Thank you for the candid interview and we will visit you soon!

– It was a pleasure for us and we will look forward to seeing you!